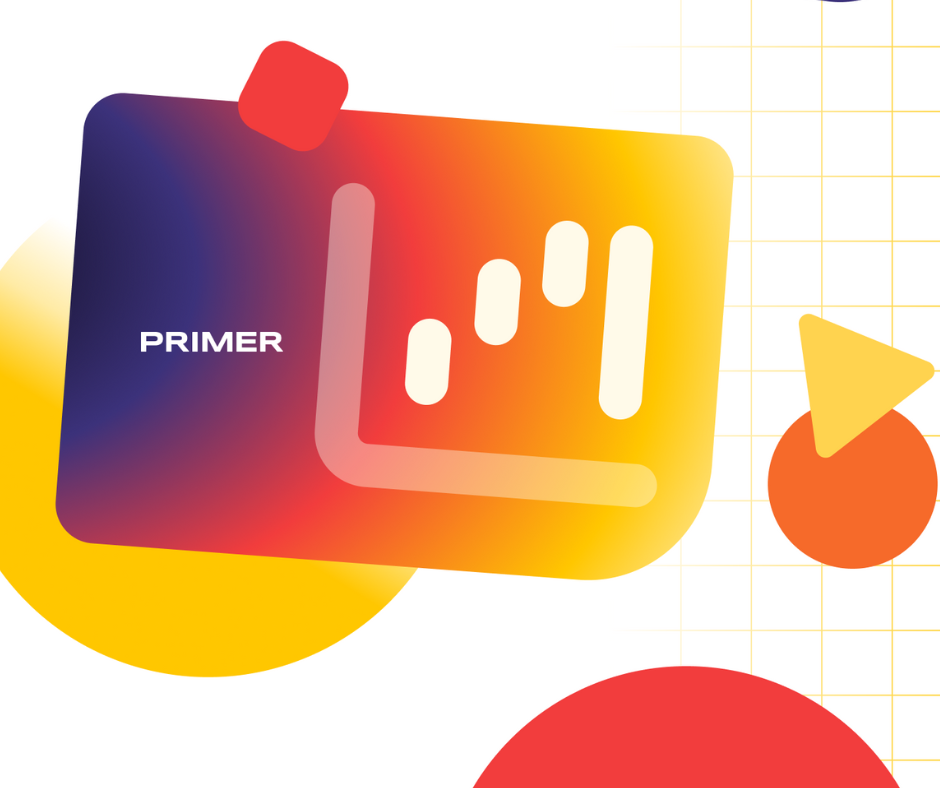 So let’s talk about how iOS 14 and some other changes are affecting B2B performance marketers.

What iOS14 changes meant for advertisers

Although many users are likely unaware of the fact, Apple’s iOS operating systems have long since featured a user tracking technology called IDFA, which stands for ‘Identifier for Advertisers’.

IDFA is used to track and identify how iOS users interact with non-browser apps, in a way that avoids revealing users’ personal information. Invoca sums up the technology very well:

“[…] IDFA is the only means for advertisers to precisely target and track users within apps on iOS devices. You can think of an IDFA as something like a cookie that is tied to devices instead of browsers, in that it enables an advertiser to get notified when a user of a phone has taken an action like clicking on their ad in a browser and then installing, using, or interacting with ads in their app. This identifier is used in non-browser apps, which never had support for cookies. IDFAs only provide advertisers data in aggregate and no individually identifiable data is available.”

Before iOS14, IDFAs ran quietly on users’ devices, delivering anonymized user data for app owners. iOS14 changed all that, with a subtle yet seismic change to its user interface:

In iOS14, when a user starts using an app, they are shown a dialogue box that requires them to opt-in or opt-out of being tracked by the app to facilitate personalized advertising.

Ahead of the implementation of ATT as a mandatory feature of iOS14, mobile advertising expert Eric Seufert predicted that around 80% of the new operating system’s users would choose not to allow IDFA tracking by the Facebook app.

In fact, the opt-out rate appears to be closer to 90%. Research published by Flurry Analytics in May 2021 showed that up to 88% of iOS Facebook users worldwide had opted out of app tracking. In the United States, the rate rose to a startling 96%.

For marketers who advertise on Facebook, the effect of iOS users opting out of tracking is that it is now much harder to track user actions within the app. This has left advertisers struggling to use formerly day-to-day tactics, such as building lookalike audiences and designing ad campaigns around ‘events’, i.e. specific user actions which have taken place on the Facebook iOS app.

Meanwhile, from Facebook’s perspective, the loss of tracking data from iOS users has made it harder to figure out things like which users would be good, profitable advertising leads, or how to attract more promising leads. Now that a big share of iOS users are essentially masked, the app’s capability to stalk and target hot prospects is greatly diminished.

This means that retargeting and lookalike based audiences are plummeting in performance. And if you are a B2B marketer your ROAS might be f**ed because the only way you could really use Facebook effectively was through lookalikes and retargeting.

How to adapt your Facebook advertising practices to accommodate iOS14

iOS14’s changes to IDFA have weakened Facebook as an advertising platform — but they certainly haven’t broken it. To a significant extent, Facebook’s advertising algorithm still has enough data to deliver a beneficial service for advertisers.

Let’s talk through some ways you can adapt your Facebook advertising approach to accommodate iOS14 and ATT.

Facebook’s advertising products can still add value; they just need much bigger audience sizes than they did previously. Whereas an audience of 50,000 to 200,000 users was once enough to facilitate a successful Facebook advertising campaign, you should now be aiming for at least 500,000 users. A big audience size makes up for the loss of data from iOS users and gives the algorithm plenty of user data to work with. Conversely, if you were to stick with a smaller audience size despite the changes iOS14 has brought about, you would be doing so at the risk of getting your campaign stuck in the learning phase.

Arguably the easiest way to create a bigger audience for your campaigns, is to merge multiple pre-existing audiences into one. Of course, each marketer will know their own audiences better than anyone else could, so you will be able to decide for yourself whether this is an appropriate tactic for your brand. Clearly, brands which are advertising locally within a relatively small geographic area may not have the luxury of a big potential audience to target.

Use 1st party data in place of retargeting or lookalike audiences

Most B2B marketers don’t think to use Customer List based Custom Audiences because match rates are typically so poor. When you upload a file to Facebook, Facebook accepts the following data points to try and match a contact in your list to one of their users:

Most B2B companies have a name, business email address, and office phone number (sometimes more, sometimes less), which is not the data Facebook has on its users.

By appending data points like hashed personal email to your contacts you can increase your match rate from 10% to 60–70%. You’re improving the chance that Facebook can match them to a Facebook user. And the best part is, these identifiers are static.

Historically, cookies and IDFAs expire after 30 days, but users don’t often change the email they log into Facebook with. So now you can target your ideal contacts in perpetuity in Facebook (more on this here).

Now moving on the self-serving portion of this article…

One important thing that we’ve learned is that you can still identify iOS users acquired through Facebook, by using UTM tracking codes and monitoring acquisition data within Google Analytics. This approach still works in spite of changes to technologies such as IDFAs and third-party cookies, because the identifier is hard-baked into the unique URL served to each user.

In addition, Facebook has been rolling out its Conversions API that lets advertisers share customer actions from their servers directly to Facebook. CAPI works alongside the Facebook Pixel to help advertisers improve the performance, measurement, and data collection of their Facebook ad campaigns.

In other words, CAPI lets you send the data you capture from your tools and platforms to Facebook Ads Manager. When you use the Facebook Pixel, Facebook collects the event and conversion data. With CAPI, you collect your own data, such as customer IDs or purchase events, then share that data with Facebook.

This server-side tracking is a more accurate way to track actions and attribute them to Facebook campaigns. In situations where the Facebook Pixel might be blocked by privacy controls, CAPI can still track conversions and the Facebook algorithm can work its magic.

Google and Android changes are coming next

In 2021 Google started allowing those on Android 12 to delete the advertising ID entirely. In April of 2022, Google will make the same option available to all phones via Google Play Services update. Reading between the lines, eventually, the Android Ad ID will be phased out in favor of a series of privacy-preserving APIs whose names will sound very familiar to anyone who’s been toiling away in the Chrome Privacy Sandbox.

Also in 2021 Google announced at its I/O Conference that it will make significant changes to how it handles third-party cookies. Citing the use of a variety of different kinds of cookies that users often can’t distinguish between, Google aims to make it more transparent and easier for users to control this process. In a blog post, Google said, “We are making a number of upcoming changes to Chrome to enable these features, starting with modifying how cookies work so that developers need to explicitly specify which cookies are allowed to work across websites — and could be used to track users. This change will enable users to clear all such cookies while leaving single domain cookies unaffected, preserving user logins and settings.”

The changes have marketers concerned, but so does Google’s crackdown on fingerprinting. According to another blog post, “Chrome also announced that it will more aggressively restrict fingerprinting across the web. When a user opts out of third-party tracking, that choice is not an invitation for companies to work around this preference using methods like fingerprinting, which is an opaque tracking technique. Google doesn’t use fingerprinting for ads personalization because it doesn’t allow reasonable user control and transparency. Nor do we let others bring fingerprinting data into our advertising products.”

Now it’s arguable that Google being Google might be accused of trying to steer more revenue towards AdWords if it cracks down too hard on cookies and mobile advertiser IDs. But it’s likely that privacy concerns will soon outway antitrust concerns, which means the same cookie/IDFA issues from Apple are coming to a Chrome and Android near you soon.

If there is a single takeaway for marketers from Apple’s iOS 14 changes and Google’s announcements its that the risk has never been higher for marketers who rely heavily on cookies and pixels as tracking sources. Alternatively, the door to opportunity will open wider for marketers that are staying closer than ever to first-party data and focused on identity-resolution through permanent identifiers.

Marketers will need to focus on identity resolution around hashed emails to integrate first-party data seamlessly into activation channels like Facebook and Google.

The importance of first-party identifiers and data has steadily increased over the years, and Google’s Chrome and Apple’s iOS announcements have sent it forward exponentially.

Sign Up for Our Newsletter
Sign up below to receive Primer's newsletter about B2B marketing and growth.
Thank you! Your submission has been received!
Oops! Something went wrong while submitting the form.

How it WorksWhy Primer